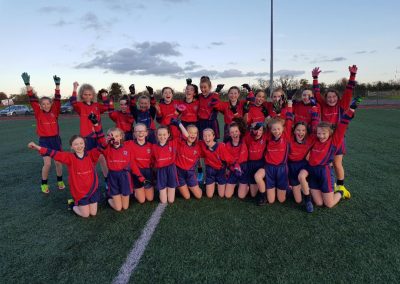 On the football fields, our girls’ senior team competed in the Meath Cumann na mBunscol Competition. 2019 was to be an historic year for the girls’ football team. The girls’ team competed in their league games with three wins and three losses the girls qualified for a play-off against Longwood N.S. Having been beaten by Longwood earlier in the competition the girls were determined to go one step further and with great skill and determination the girls had a fantastic win over the Longwood to make it into a semi-final for the first time ever. The girls were building momentum and growing in skill and confidence. The girls met St. Declan’s N.S., Ashbourne in the semi –final and having lost to them earlier in the competition the girls were ready for battle.  This was a tightly fought contest with only a point separating the teams in the dying moments. Our girls dug deep to score a goal and defended ferociously until the final whistle blew. The girls had won and had made history by being the first girls’ team to make it to a Cumann na mBunscol Final for St. Paul’s N.S. The girls met Duleek G.N.S. in the final on Friday 22nd November in Páirc Tailtann in Navan. With Sixth Class and their families as fantastic support the girls were ready to take to the field. After a very close first half it was all to play for. Duleek G.N.S. fought hard to get a lead. The girls never gave up but were unlucky to lose to a very determined Duleek side. Our girls should be very proud of their achievement in finishing second in Meath and making history for the school. Everyone in St. Paul’s is immensely proud of their achievement. 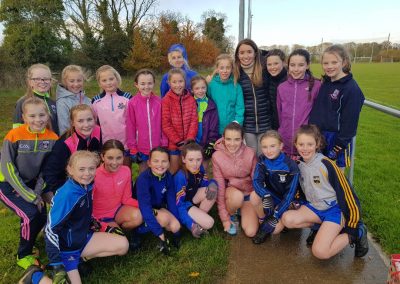 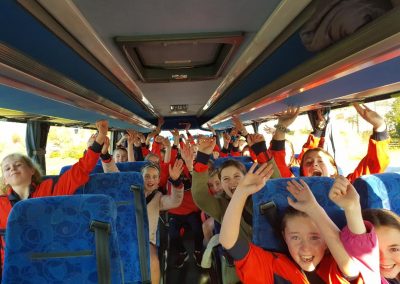 through to the final 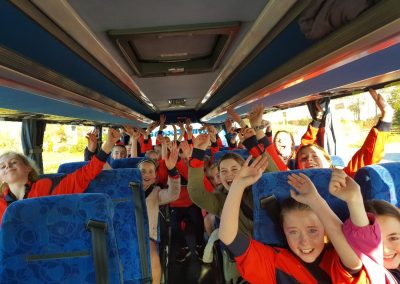 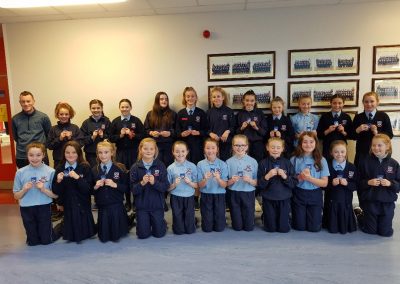 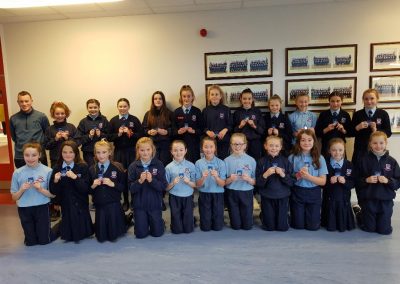 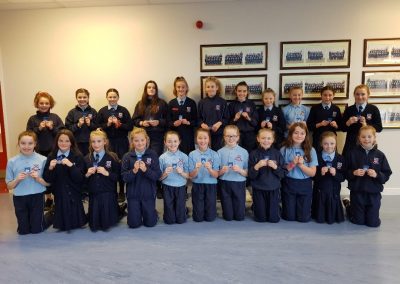 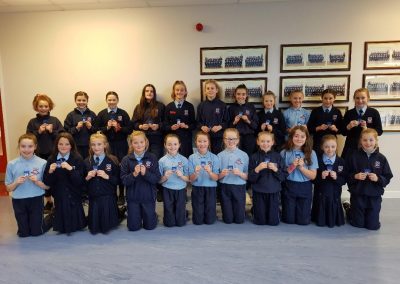 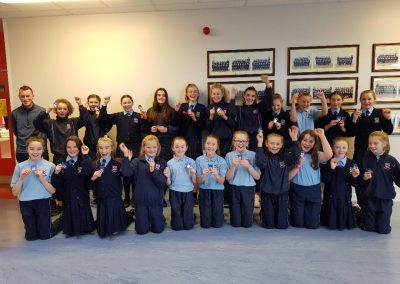 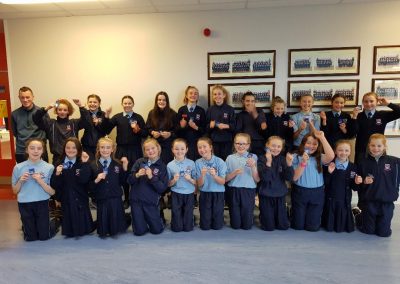